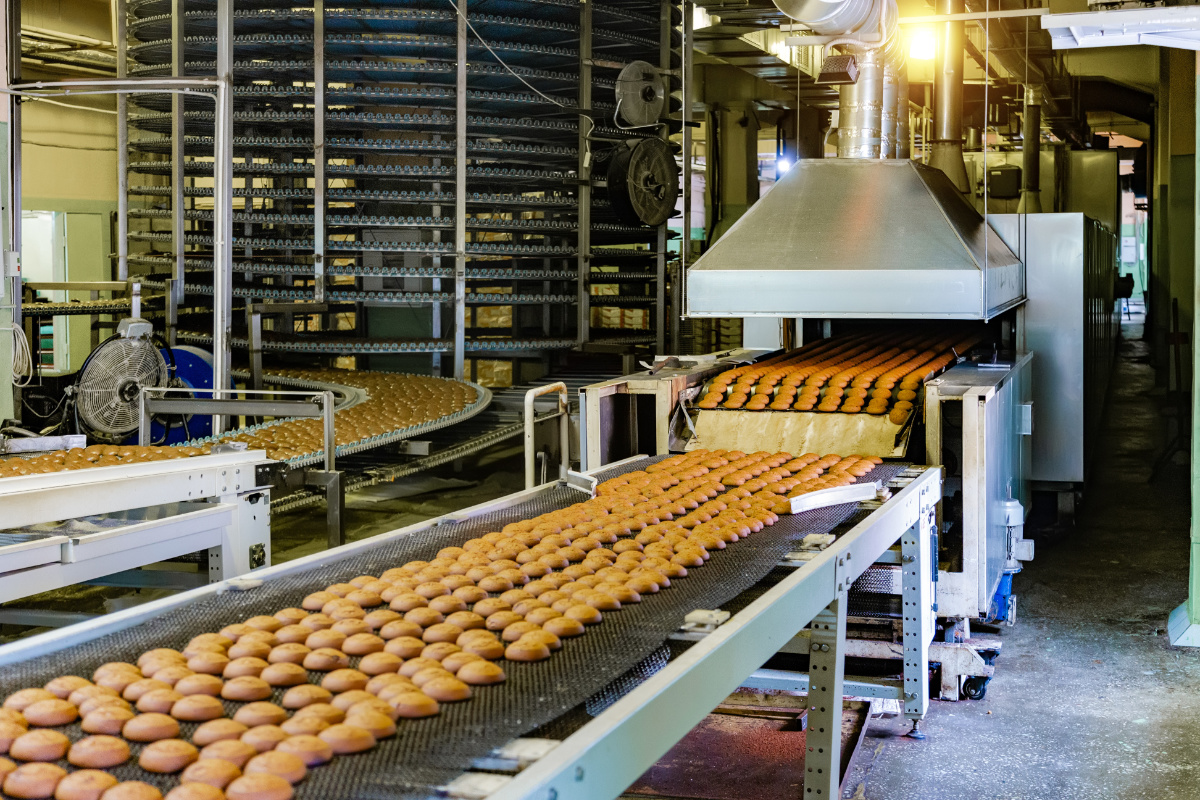 Large international food company has large bakery operations in Southern USA for production of baked goods on multiple lines. It is a continuous operation and is located in a mixed industrial / residential district. It periodically experiences unplanned production stoppages which can result in products being burned inside the ovens. If this happens the entire product in the ovens is lost and a cleanup period of several hours is needed before normal production can be restored. If product catches fire in the ovens, then clouds of black smoke can cover the neighborhood to the discomfort of local residents notwithstanding the high costs.

The plant is supplied via the local electrical utility at medium voltage 20kV and there are several transformers on site to provide the operating voltage of 480V. The company and the utility installed power quality monitors. The data produced showed almost all events were due to voltage sags which occur mainly during storms and bad weather. Omniverter was given data from the site and company management decided that they wished to apply any solution to one critical line which produces several million cookies per week

The Omniverter solution was a 1500kVA 480V Active Voltage Conditioner (AVC) which is designed to correct both 3- phase voltage sags and single phase voltage sags which occur more frequently. The response time of the AVC allows full correction within less than ½ cycle (< 5 milliseconds). The AVC was supplied together with bypass switchgear and includes integral power quality monitors.