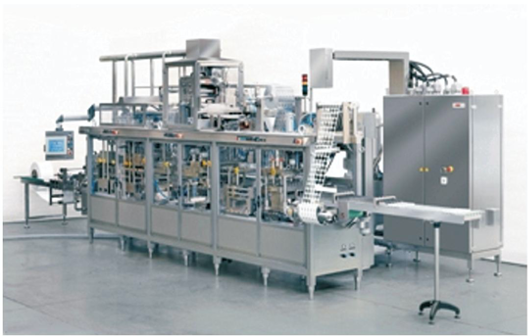 A Dairy in North Eastern USA had invested in automated machinery to manufacture one time use, small “Coffee Creamers” in quantities of several hundred thousand per day. The process includes forming the cups in a sheet of plastic, filling them and then sealing before the individual units are cropped from the base material. This is a high speed process where any unplanned production stoppage lasting for only a small fraction of a second, results not only in a production interruption but many hours of cleaning and resterilization to meet FDA rules. Material has to be scrapped, machinery reset and damaged parts replaced.

The Dairy management believed that the problems were due to poor electrical power quality. They approached their electrical utility which installed power quality analyzers. They concluded that the Dairy was suffering not only from voltage sags but also from occasional complete loss of power for short periods. The dairy is fed at 480V but is located downstream from a utility 12.5kV medium voltage recloser so, whenever the recloser operated, the dairy experienced loss of power. Omniverter was invited to offer a solution. After analysis of the data and discussions with the utility it was found that any movement of the medium voltage recloser to a position downstream of the Dairy to reduce power loss was not economically feasible. The solution would need to correct both voltage sags and short term loss of power in an industrial environment with no clean room space available for a conventional UPS system. In most cases the loss of power lasted for only a few seconds

Omniverter proposed the installation of an AVCRTS unit, an industrial grade UPS system, together with bypass switchgear to allow maintenance without disrupting production. The back-up battery for the AVCRTS was rated for 30 seconds as space was very limited. This solution was accepted by Dairy management, but they required the bypass switchgear to be installed at short notice to meet a scheduled shutdown. This was done and subsequently the AVCRTS was delivered and installed with minimum disruption to production

Management reported that there were several severe storms in the months after installation and in one case a power outage lasting some six seconds. The Creamer line continued to function normally through all these events but other equipment in the dairy, not protected by the AVCRTS, suffered unplanned stoppages on multiple occasions. For competitive reasons Dairy Management were unwilling to share financial data on the payback but subsequent information suggests that payback was less than a year.

Do you have a critical process that suffers from unplanned stoppages?