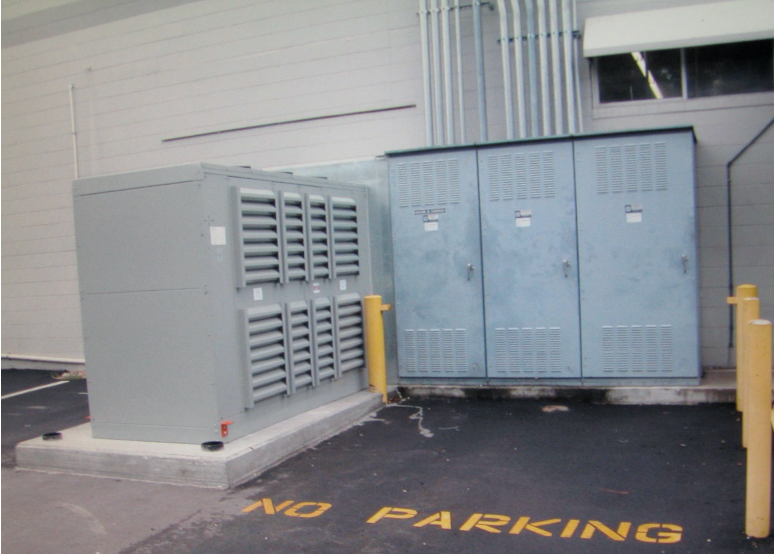 A large privately owned printing and packaging company in Northern Florida experienced a significant number of unplanned stoppages to their production equipment, which not only caused loss of production but incurred substantial maintenance costs and damage to equipment. Down time to clear the printing presses was several hours per event The company has a number of large high speed printing presses plus high speed block cutting, folding and gluing machines used in the manufacture of high end packaging materials. The company operates as a 24/7 operation with limited planned shutdowns only two or three times a year. The company prides itself on short delivery times to its customers and developed an enviable record of on time delivery.

The local electrical utility worked with the company, installed metering and determined that most of the events were due to voltage sags. The plant is supplied at 26kV via an overhead line ; there is a dedicated 2500kVA transformer on site to provide the 480V operating voltage for the plant. The utility was unable to prevent sags many of which occurred during thunderstorms.

Omniverter analyzed the data and proposed an Active Voltage Conditioner (AVC) as a solution for over 93% of the events recorded. The plant main switchgear was an outdoor unit. The company wished to avoid any additional load on their air conditioning so asked for the AVC integral boost transformer to be mounted externally. This was to be installed and connected to the existing switchgear, which would need to be modified to accept the AVC. Omniverter worked with the company so they could select a local electrical contractor for this. Omniverter supplied the AVC for installation inside the building but with an exterior boost transformer. The installation was performed over a Labor Day Weekend shutdown and production resumed on the Monday evening shift.

The AVC had an immediate impact. The Owner called Omniverter in mid-December and stated the entire installation had paid for itself in less than 4 months. During its first year in operation the company subsequently found that the AVC had lowered their costs for electric maintenance by many thousands of dollars. The constant steady voltage output from the AVC prevented damage to electrical and electronic components.

Do you have a continuous process which has unplanned production stoppages? Could these be due to electrical power quality issues? Do you know your cost for an unplanned stoppage? You may be surprised.